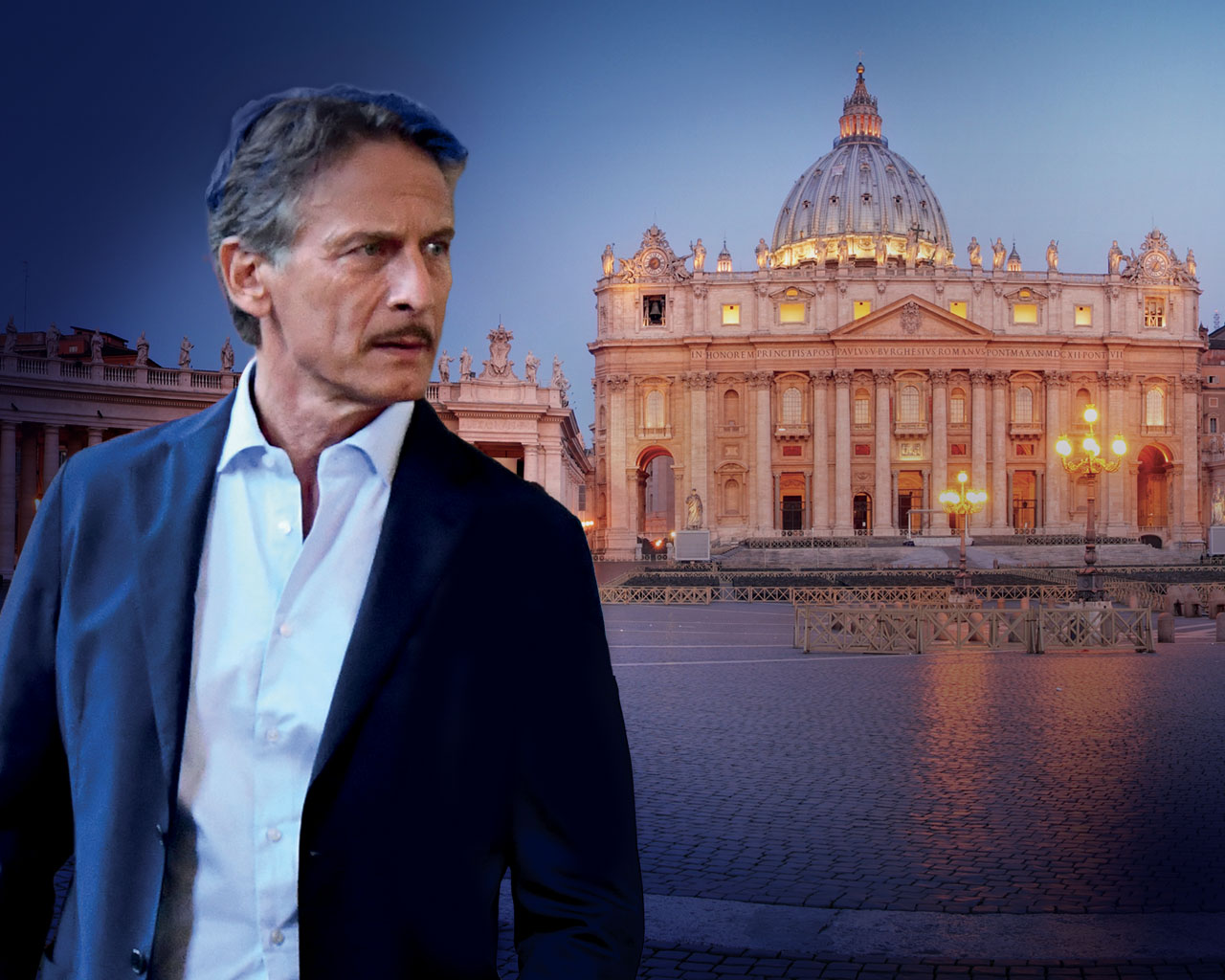 «Vatican, The Great Beauty», is an extraordinary journey to the smallest state in the world yet boasting the highest concentration of works of art and real architectural wonders.
The viewers shall be accompanied by an an exceptional guide much loved by the television audience, Cesare Bocci (My Dear Brother, Montalbano), to the hidden treasures, unique and privileged observation points, untold curiosities, rare and unobtainable repertoire sequences in the magnificence of the Vatican City.
The journey starts from St. Peter's Square, the perimeter outlined by Bernini's 284 columns, crowned by the Basilica, the largest in the world, and by Michelangelo’s Dome, an icon of spiritual and urban Rome.
The audience will then visit the Vatican Palaces, the Vatican Museums, the Sistine Chapel with its famous 2500 squares meters of frescoes, including the Last Judgment and The Creation of Adam by Michelangelo.
Bocci will also visit the Necropolis, ten meters below St. Peter's Basilica, with its pagan and Christian tombs and the Vatican Gardens : the green heart of the capital, that occupy 50% of the total area of the Vatican or a good 23 hectares out of 44.
Flying over the Obelisk in the center of St. Peter's Square, we will approach the chimney of the White Smoke that leans over the Blessing Loggia, the balcony from which the newly elected Pope faces the papal throne.
Between art and culture, the stretch of road taken by Cesare Bocci in the Vatican also traces epochal events, such as the dramatic attack on Pope John Paul II, reveals a moving episode that took place at the funeral of Pope Wojtyla, recounts the election of Pope Francis, recurring to first-hand testimonies, such as that of Cardinal Comastri.
Finally, there are curious details, such as the steering wheel of Michael Schumacher's Ferrari kept in the Vatican, donated to the Pope in 2005, with the dedication: "The wheel of the F1 World Champion to His Holiness Benedict XVI, driver of Christianity".