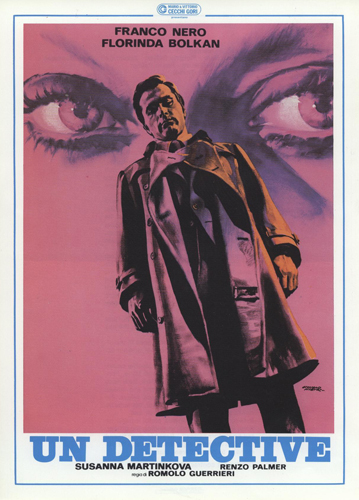 We are in Rome, a few days before Christmas. There are streams of people in the streets, rich and poor, workmen and professionals: the city has become a metropolis, and as such, more enigmatic.
A man is killed in one of Rome's thousands houses... another man goes to the Police Sta¬tion and talks to the officer, Doctor Belli: he asks him to get repatriation orders for a model who as seduced his son, he offers him money, and gives him information about a certain Romani, a type with a bad reputation...
Romani is in fact the man who has been killed: but what does this other man, the lawyer Fontana, want from the police officer? Does he want to save his son? And if it had been his son who had killed Romani? The plot thickens, with details of blackmail, drugs, and murder... Here is a photograph of a girl in a rather obscene pose: is she the murder?
It seems that Belli is on the right track, but just as he thinks he has solved the riddle, he has to start again from scratch.
Another woman. Vera Fontana goes to the of¬ficer: he feels very attracted by her, and al most gives in to her charms.
But other things happen, more deaths occur: Sandy, a friend of Romani's and Mino, Fon-tana's son. Stumbling in the dark, Belli sees a ray of hope: he goes to Fontana and makes him accompany him to a place where the murderer must certainly appear, because he needs something that the officer has.
In fact, the murderer arrives, pistol in hand: he fires, and kills Fontana, wounding the officer, but he reveals himself... Belli has done it, and after this dramatic experience, perhaps he will manage to be a different man.