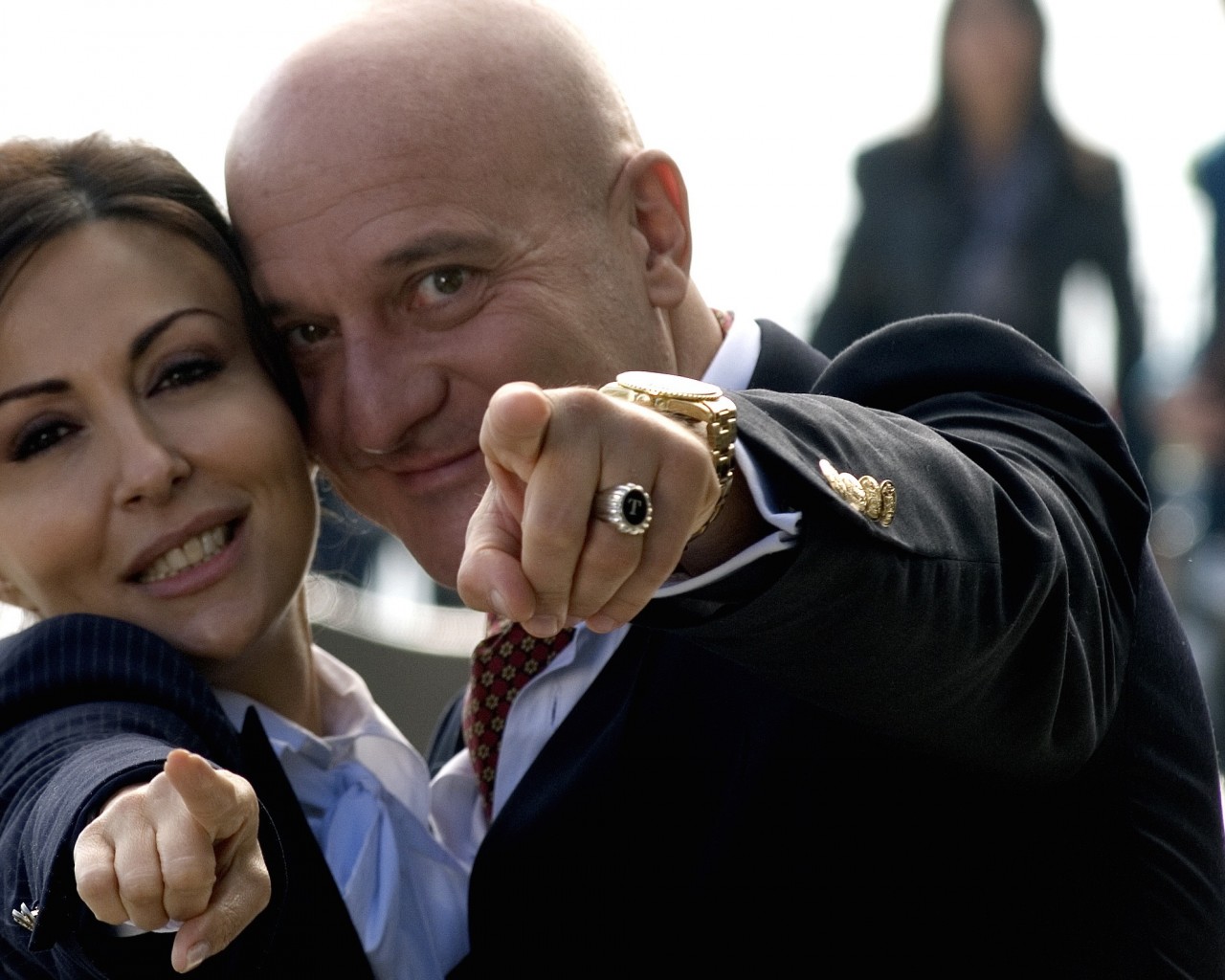 TWO RASCALS … AND A HALF

Set in the present day between Naples and the Amalfi coastline, this story tells of the adventures, or rather, misfortunes which Gina and Lello find themselves having to cope with during that which we call “the week which will change their lives”. Gina and Lello are two swindlers with a heart of gold who cheat, as they themselves claim, only those who want to be swindled. Theirs is a repertoire of confidence tricks never violent and alvways amusing. One day, however, something goes wrong. Inside the luxury vehicle which they pinch from a garage, managing to obtain the keys with a clever twist, they unwittingly find an eleven-year old boy: Nino. When Gina and Lello, panic-stricken, realize this, they immediately want to get rid of him. Nino, nevertheless, calmly decides to exploit the situation so as to reunite his parents who are on the verge of divorce. Therefore, he will pretend to have been kidnapped, and for the whole time will torture Lello and Gina with witty jokes. The two, unaware of the plot hatched by the enterprising Nino, now find themselves forced to take him with them. In the meantime, Nino’s parents have informed the police, who rush off to track down the two alleged kidnappers, while Gina and Lello “prisoners” of the lively Nino, drive down the Amalfi coast. After having given in to all of Nino’s requests (our young friend knows how to be extremely
convincing), Gina and Lello decide to go ahead anyway with their original plan. They had in fact stolen the luxury vehicle in order to carry out what they believed to be the “sting of a lifetime”: Lello hooks up with some gullible folk pretending to be a rich chocolate manufacturer, a Mr. Tobler, just arrived from Switzerland to hand over a prize. By means of a confidence trick, our twosome get their hands on the money and, as soon as possible, disappear. All goes well until when, intercepted by a band of real criminals, Nino is really kidnapped and Lello and Gina, thought to be his wealthy parents, receive a ransom note...