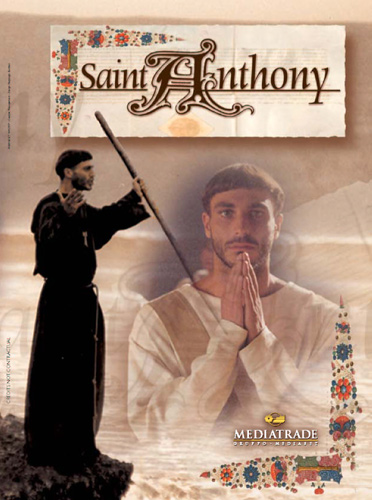 St. Anthony is the most popular saint in Christendom. He is worshipped in the four corners of the earth, even by Muslim and Hindu communities. His sanctuary in Padua is the second most frequented Christian shrine after Lourdes, yet he story of his adventurous life has never been told. Born into a Portuguese noble family, he defied his father by refusing to articipate with other young men in the war against the Muslims. St. Anthony converted to Catholicism in 1220, and gave up is privileged life to become a humble monk, a follower of St. Francis of Assisi and servant of the Church, spreading the word of God instead of taking up the sword.
The story tells his years of preaching and the miracles that followed, describing his mission to Morocco, his life in Italy and his encounter with St. Francis. Worn out by a long illness, St. Anthony decided to withdraw to a retreat near the city of Padua, where he worked his last great miracle. He was only thirty-six when he died, and almost immediately afterwards was made a Saint by Pope Gregory IV.