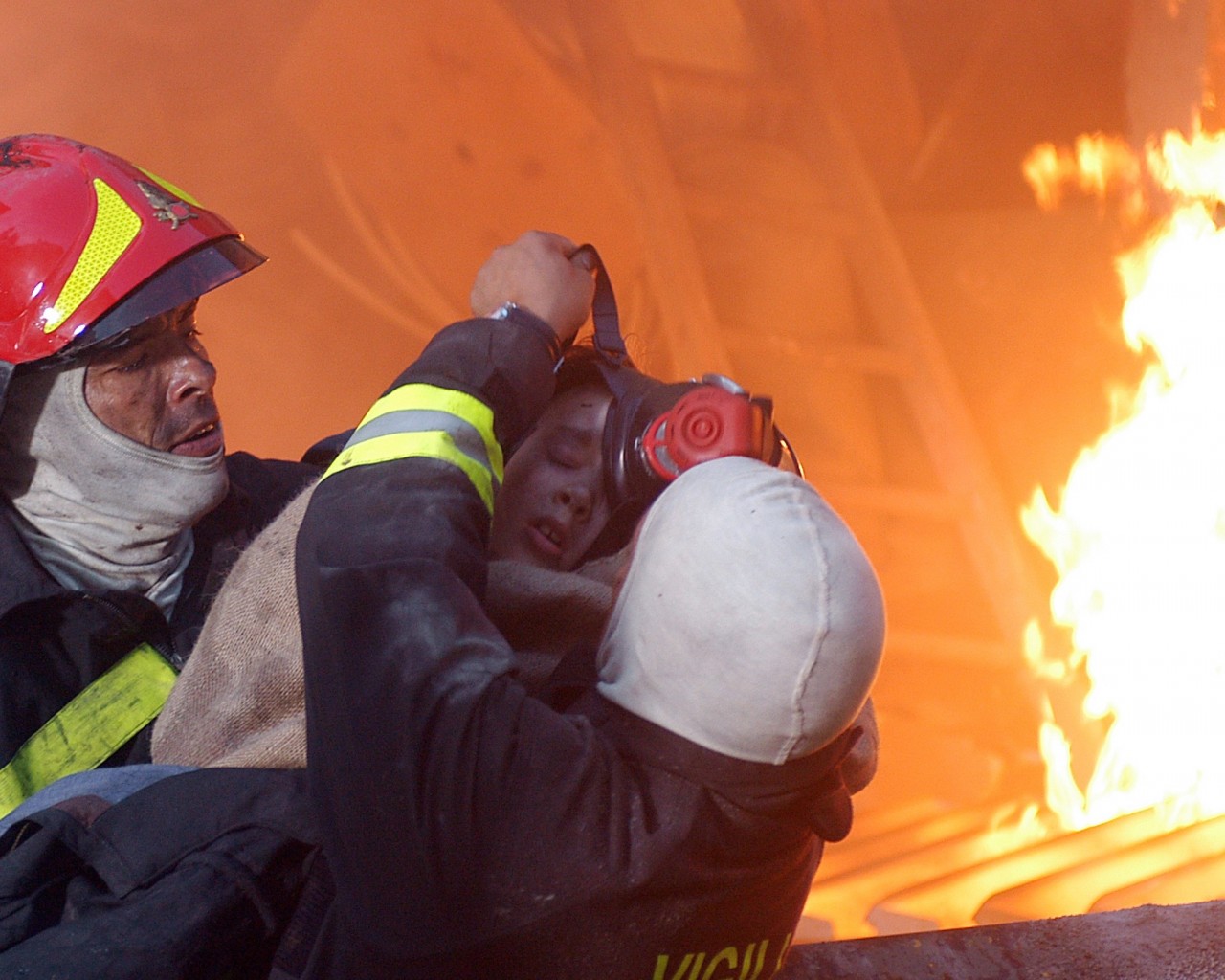 They were the best, the most fearless: 10 years together and hundreds of missions concluded successfully. They were inseparable, the members of 15A squad, they were Pietro Vega’s boys…
Then, tragedy struck! A terrible fire blazes through a disabled, children’s unit, followed by a tremendous explosion. Only Pietro, the squad captain of the glorious 15A survived. From that day onwards, a devastating sense of responsibility concerning the tragedy will haunt him.
RED CODE is the story of this grievous sense of guilt, Pietro’s, who had to make a dramatic decision; sacrifice a fire-fighter so as to try and save his squad who were in danger. This sense of guilt is followed by a relentless destiny. Pietro meets Aisha, the partner of the man who died so tragically; left alone with a child to bring up, she needs help to get on with her life. Pietro’s problem is how to help her without revealing how events really unfolded. A moral dilemma, but also sentimental, which imprisons him like a cage.
RED CODE is the story of the reformation of a new squad comprising 4 fire-fighters guided once again by Pietro: one is an agreeable shirker, Fausto; then there is Ivan, Giovanni’s brother – one of the fire-fighters who died in the accident – who harbours his grief inside him and a devastating suspicion vis-à-vis the squad captain; the third member has never seen a day’s active service and what is more is a twenty-year old young woman, Stella; the fourth is a young lad who comes from a small town in Sicily and who will have to drive the fire engine in a city, Rome, which he only knows from a street map, Rocco. Lastly, there is Fulvio, a veteran, former star of the Corps and Pietro’s mentor…