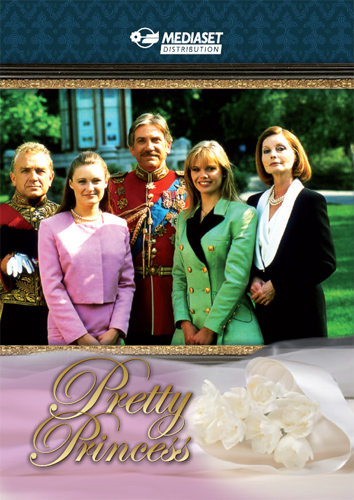 Sofia is a young and beautiful princess of Liechtenhaus, a fairytale sort of country where time seems to have stopped. Sofia does not accept her role as “ princess “ ; she would much rather have lived like other boys and girls of her age. This is the cause of many arguments with her father , Prince Maximilian.
Sadly the Principality is not on a particularly sound economic footing. The recession has hit hard. But the Prince knows that all the world’s most powerful and eligible young prince would like to marry his Sofia.
Federik of Saxony asks for her hand in marriage, but Sofia is not in the least interested, she is seeking true love.
Faced by her father’s ultimatum , Sofia runs away from home , takes on a new identity and winds up in a holiday camp on the Emerald Coast where she starts working behind a bar.
Here Sofia discovers the world of normal people. In her new life she meets Marco, a young surfing instructor who works at the camp.
They fall madly in love. But their happiness is short-lived. Olivia, an older woman
who is also in love with Marco, discovers Sofia’s true identity and gets in touch with the Principality to have her called back.
But the man she speaks to is the evil Count Otto , advisor to the Prince but in reality a bitter enemy. Otto is negotiating the sale of the Principality to a rich American.
Otto, has the young princess kidnapped and makes a ransom demand so that Maximilian has to sell the Principality to the rich American.
Sofia manages to escape, but due to a tragic misunderstanding she believes that Marco is part of the gang of kidnappers. Disconsolate, Sofia returns to her father and decides to marry Frederick of Saxony, accepting her royal responsibilities.
But Marco does not give up. He discovers the plot behind her kidnapping and races to Liechtenhaus to warn Sofia.
He arrives the day before the big wedding, but gets arrested before he can speak to Sofia, thrown into the castle dungeon.
On the morning of the wedding Marco manages to escape. At the last moment he reaches the cathedral where the wedding is about to be held.
Love wins the day. Sofia and Marco get married and the rich American offers Sofia a glowing advertising contract that will solve the Principality’s financial woes.