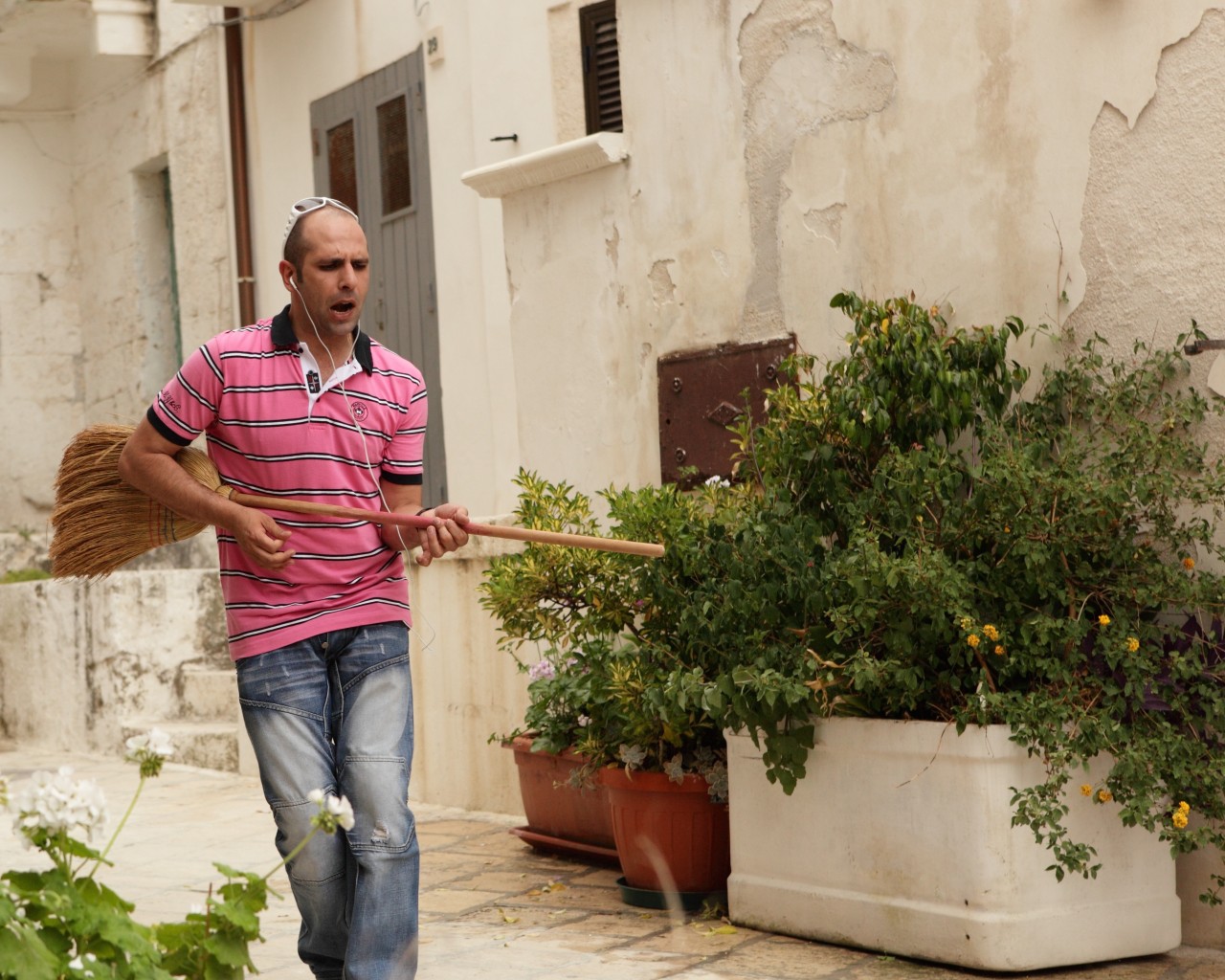 Out of the Blue

Checco lives in a small village in Sauthern Italy and dreams of becoming a famous singer. When his inspiring muse and girlfriend leaves him, Checco decides to go to Milan to try and make his dream come true. It's only the big modern Northern city that can open the doors for him and guarantee a glorious future in the music industry. In Milan he finds hospitality at his cousin's, who is gay, and that's a real disgace for the narrow-minded Checco! What's more, the impact with the big city is not the easiest. The path towards success is also paved with difficulties. Rejected several times, Checco is convinced he won't make it, when suddenly his singing (and especially his unintentional comic talent) gets the attention of an important manager. Moreover, it is the encounter with the beautiful Marika that will radically change his relationship with the city. Checco is about to become a great singer, but it is through love that he will succeed the most, erasing at once all cultural and regional difference. An explosive comedic talent which was the revelation of the year! 2009 italian box office record.