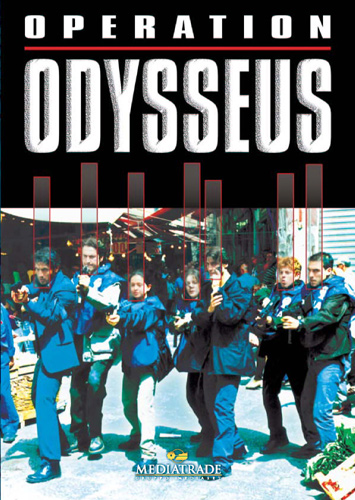 Seven young police officers are assigned to “OPERATION ODYSSEUS”, and for security reasons they all have code names: Omero, Ulisse, Agamennone, Achille, Elettra, Calypso and Telemaco – who is the youngest. All the men are determined and willing, though lacking in experience.
The mission is led by Omero, the only veteran cop, who has already had a taste of mafia boss Sante Parvitano’s thuggish brutality. The squad has to go to Austria to pick up another dangerous mafioso, Michele Sinatra, formerly on the run, and bring him to Palermo. Sinatra is a classic criminal mastermind, the brains and right hand of Don Parvitano, whom the Palermo judiciary has been after for some time. A sick, tired man now, Sinatra has given himself up and decided to tell the police where Parvitano is hiding, but only if his family’s safety is guaranteed and they are moved to an unknown address. During the operation, Ulisse is obliged to take command and the lives of the other young officers are in his hands. Everyone has to pull out all the stops to complete the mission, since they not only have to contend with external dangers, like Parvitano’s constant attempts to stop his former right hand from turning him in, but also threats from within, and they need to exercise all their self-control to successfully complete the mission.