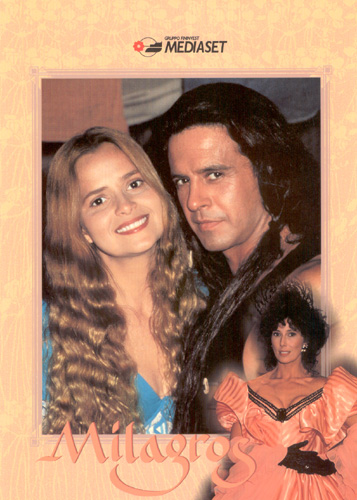 Set in Argentina, during the last century, Milagros tells the story of a young couple of Spanish origin, Giacomo and Amalia Pedraza (Ethan Wayne, Amanda Sandrelli) who have settled there with their new born baby, Maria.
They both work hard at their farm but their peaceful and hard working existence is threatened by the growing tension and violence between the white land owners and the natives. Amalia dies as the result of a ferocious attack, and Giacomo filled with hate and desire of revenge, joins the army, leaving his baby daughter in the hands of Emanuele and Carlotta Olazabal, a young couple expecting their first baby.
The couple love Maria with the same love and dedication which they have for their own daughter, Vittoria. The two girls grow up. The first painful fracture between the sisters takes place when Rinaldo, a good and idealistic soldier is introduced into the story. Both sisters fall in love with him but he chooses Maria. Unfortunately, Emanuele Olazbal, pushed by a painful pragmatism and difficult financial situation, plans the marriage between Maria and the son of a rich English family by the name of Lynch. After various attempts of opposition, Maria’s strong sense of duty drives her to finally agree to marriage.
Vittoria is very disappointed, she had come to terms with her feelings for Rinaldo and had reached the point where she was quite happy for her sister’s love story. Rinaldo is devastated and risks ruining his military career. Guglielmo drives him torn with jealousy that leads him to do a terrible misdeed. It is in these surroundings of lies and misunderstandings that the story of Milagros takes place.