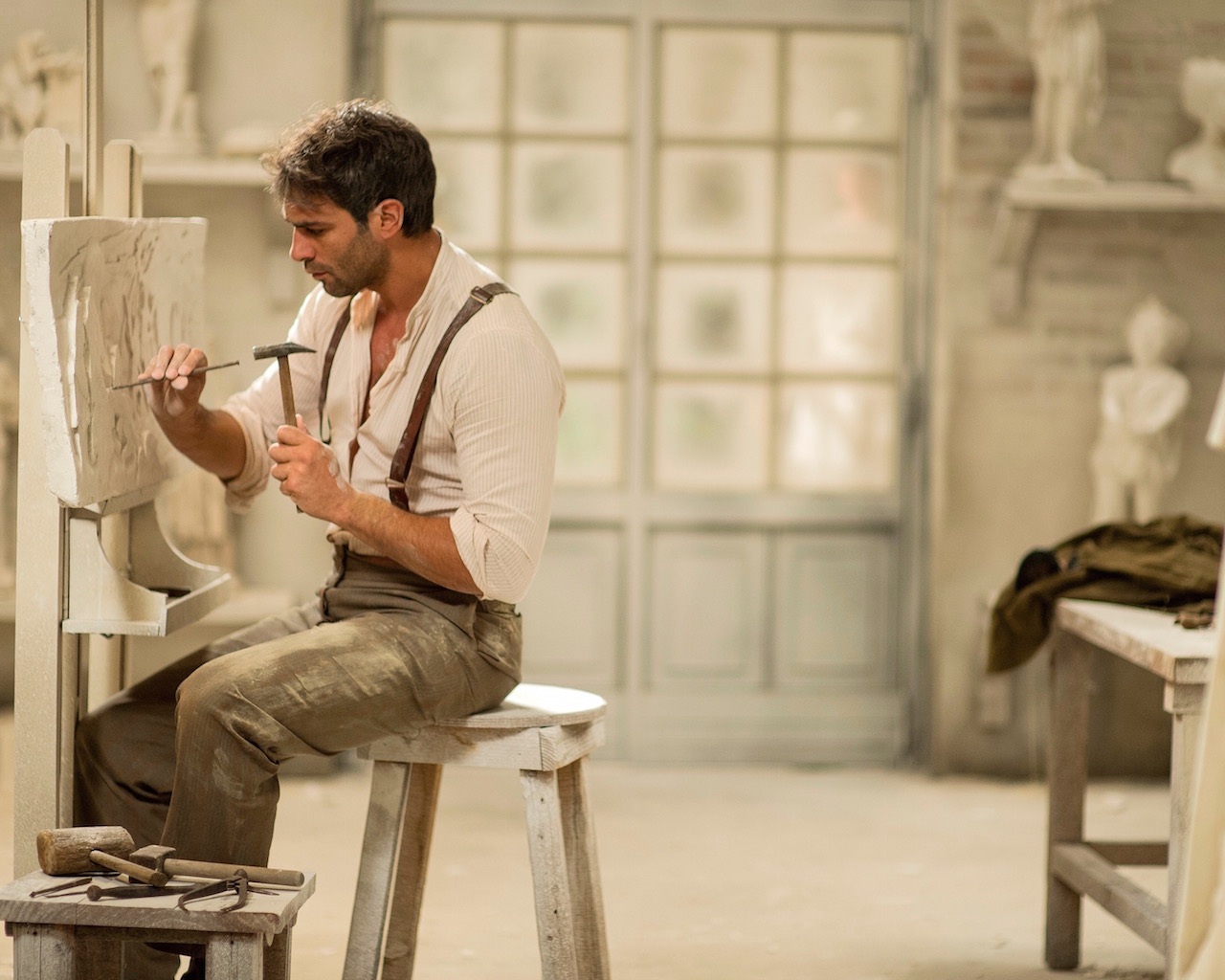 A compelling period drama set in the striking scenery of the Carrara marble quarries. From the last year of the Belle Époque, throughout the inferno of World War One, the series protagonists will live out their passions with staggering intensity, just like the epic nature of this extraordinary time!
Against the backdrop of social revolts and class struggles, in an Italy which is one step away from World War One, two passionate love stories and one great tale of sacrifice are told. The intense passion between Brando Prizzi, a young quarrier who fights for the rights of his fellow workers, and Silvia, the beautiful emancipated wife of Corrado Corradi, the owner of the marble quarries.
Corrado is a mining engineer, enlightened and brilliant but, at the same time, tied to the traditions that the time imposes on him.
Brando's arrival acts like a cyclone which steams in and turns the idyllic world of the Corradi family upside down. Not only is Silvia's life disrupted forever, but so too are the staunch pillars of her husband's existence. Brando Prizzi and Silvia Corradi come from different worlds, but the feelings which bind them to one another prevails over everything else.
Then, there is the pure love between two young idealists. Tommaso Fabiani is tutor to Silvia and Corrado's young son, and Maddalena Prizzi is a housemaid at the Corradi villa. This love will be put to the test by the greed and ambitions of Miss Maffei, housekeeper of the Villa.
Puling the strings in the high echelons of the political world and calling the shots within the Corradi family is Leopoldo, an arrogant, power-thirsty patriarch who never misses a chance to criticize his eldest son, Alberto. Corrado's older brother has always been seen as lacking character, in his father's eyes. Alberto is married to the aristocratic Guendalina Volpi, a complex and ambitious woman. His world is turned upside down by an unexpected event and his life takes a different path to that of one doomed to monotony.
One life that is far from monotonous, however, is that of young doctor Alessandro Lucchesi, son of the maverick doctor Annibile at the Santa Corona Hospital, a proletarian hospital where most of the patients are made up of men with lung diseases and women who give birth to illegitimate children. Doctor Lucchesi exercises his profession as a mission. He is a determined and outspoken man who is in constant conflict with the manager of the hospital, Sister Agnese, a cold woman who is as attracted to power as she is unscrupulous. She is the guardian of many secrets regarding the heinous acts surrounding the most powerful families in the area. A truth which has been buried for too long takes Alessandro on a journey to hell.
All of our protagonists will have to fight for their love and for their ideals, for power and against injustice. Each one of them will find themselves having to make sacrifices for their passion, until the arrival of World War One, which tragically seals their fate, forcing them all to pick up the pieces of their shattered lives.