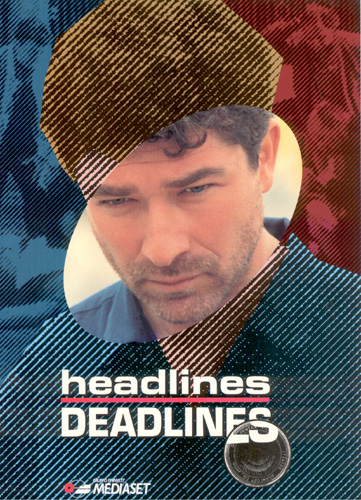 On a hot Summer’s night, after a goliardic dinner, four inseparable friends involuntarily provoke the death of their fifth inseparable friend. This death is the first in a series of mysterious killings. One by one, members of the group die for no apparent reason. Olimpo Lupo, a tabloid journalist, has by chance to report on the case. He become totally absorbed by the events that surround him and involves his dear friend, the police inspector Castaldo. During investigations, glimpses of Lupo’s personal life emerge: the difficult relationship with his thirteen years old daughter; his love affair with Nina, the wife of one of the victims; the profound friendship which ties him to Castaldo and Viola, a young pathologist who supports him throughout his investigations. However, the deaths continue. They are believed to be linked with a construction company with which all of the victims were bound in one way or another. But Lupo’s intuition leads him along another line of investigation.
He manages to unmask the diabolical assassin and save the last member of the group.