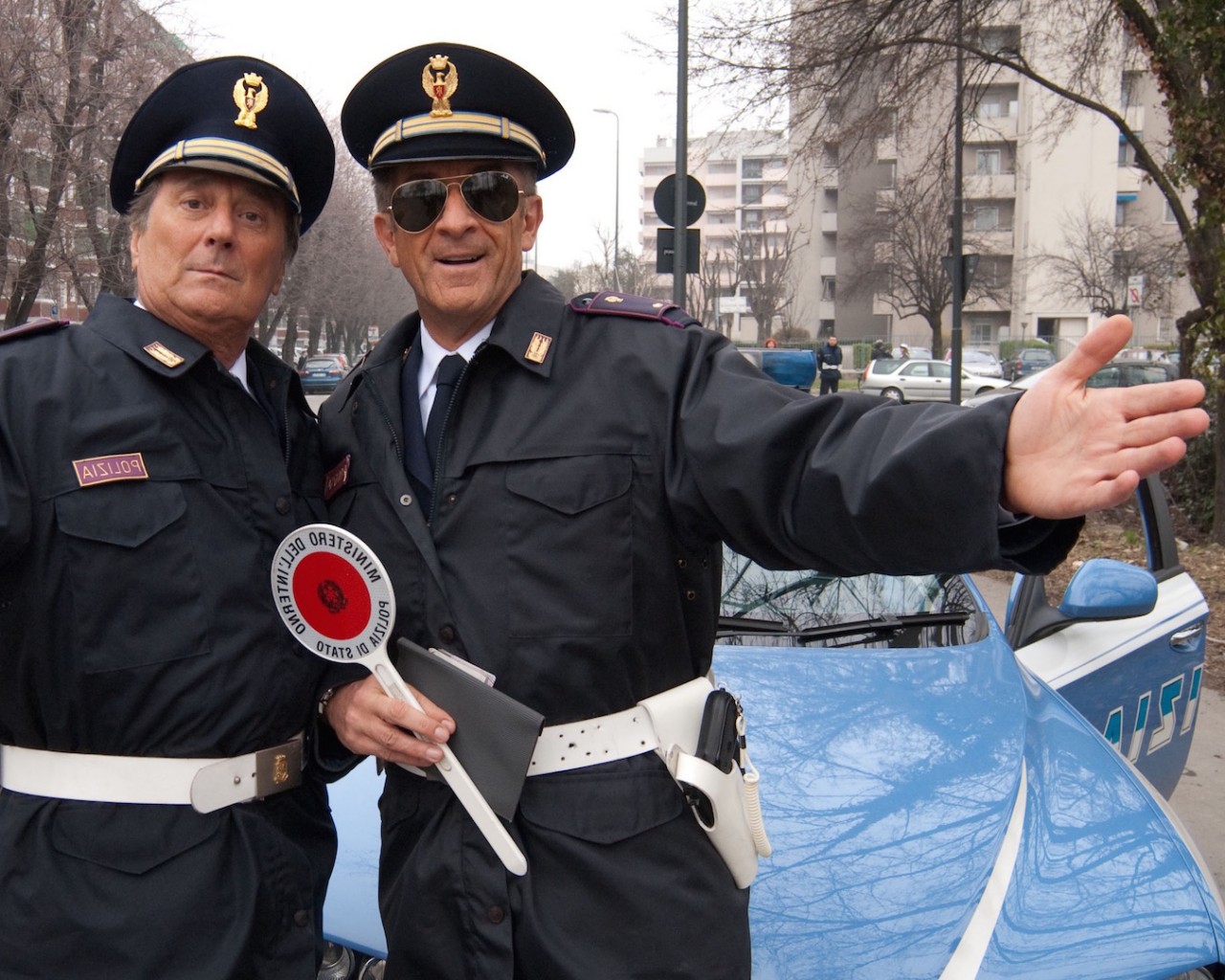 Two policemen, two different and very conflicting personalities, forced to work together to solve a crime, will learn new things about their jobs and, above all, themselves, thanks to this unwanted collaboration.
Beppe is a policeman whose character is perfectly summed up in the nickname that greets him every morning in the corridors of the police station: Fusspot. He is obsessive about detail, his case reports are written in sweat, his preparation for an operation is endless and exhaustive down to the last detail, he is so terrified by chance (and disorder) that, obviously, he is also claustrophobic, asthmatic, and full of phobias. What’s worse, he is completely terrified of guns and is unable to even hold one! So it won’t be that surprising, then, if we say that Beppe is also in analysis…and has been for years. One thing is certain though: when it comes to gathering information, breaking codes, gaining access to any sort of IT system and analysing perfectly the facts, then, no, in that case Beppe really is peerless.
Edo, on the other hand, pays attention to only one thing: being reckless and out of control in everything he does. He’s a lady-killer and a gambler, he’s always late paying his debts, he’s disorganised and instinctive, but he is also an incomparable man of action, always ready for any sort of emergency. As much as he is a policeman who constantly flirts with being disciplined, he still earns the praise of the whole precinct station for what he does. He’s successful, after all, what else can be said?
The two policemen, thanks to their differences, end up complementing each other and becoming an unbreakable partnership until, that is, a woman comes between them...