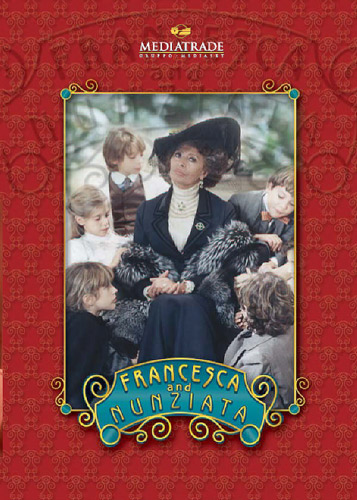 We are in the Campania region in Italy, at the end of the nineteenth century. Francesca, whose parents and grandparents were pasta makers and who herself owns a pasta shop, marries Prince Giordano Montorsi for love.
They have nine children altogether and, at a certain point, Francesca is afraid that her little Nanà is going to die, and makes a vow: if her daughter lives, she will adopt an orphan. This is how Nunziatina, a pretty girl of eight, enters their lives. Strangely enough, she is the child who is most like Francesca, especially in the way she devotes herself unceasingly to work. Nunziatina is the only one who helps Francesca in the pasta shop, the only one to whom she reveals all the secrets of her craft. Nunziata is already in her teens when Federico, the eldest of the Montorsi children, returns from his studies in London. It is love at first sight, but how are they going to get around being related, if only indirectly?
Meanwhile, Francesca and Giordano’s marriage is on the rocks. To make things worse, the prince has neglected their business affairs and the family is in serious financial difficulties that may well lead to their ruin.Francesca decides that the only solution is for Federico to marry the daughter of a wealthy shipowner. Nunziata has no idea how to prevent this and attempts to gain time, bringing about her own downfall but ...