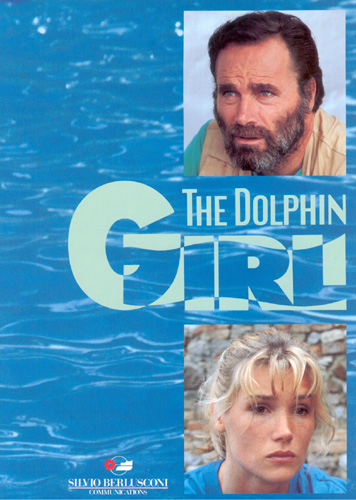 Luca Molinari (Franco Nero) runs an organization for the protection of dolphins. Angela Bandini (Alexandra Brochen) is a young swimmer wants to join up. From day one Angela is a natural with the dolphins and the sea, surprising Luca and winning the admiration of Davide (Paolo Calissano), a young member of the group who falls in love with Angela. The Dolphin group actively campaigns against the local fishermen whose fishing systems consistently endanger the lives of the dolphins. During one of the night raids, organised to cut the fishing nets, Davide is killed in front of Angela, who can do nothing to save him. Angela is heartbroken and disturbed after the event, but thanks to Luca and Susanna (Gaia Bulferi), a little orphan girl, she finds the strength to do something which would actively draw the attention to Davide’s cause and that of the dolphins. She wants to attempt to break the world diving record in their honour. But her plan meets a lot of opposition both from her friend Silvia (Karin Giergerich), a doctor who fears for Angela’s health, and also from the lobbies involved in the intensive fishing project who realize that bad publicity would backfire on their cause. In spite of the risks and threats, Angela and Luca continue to believe in the challenge which they have launched against man in favour of nature.