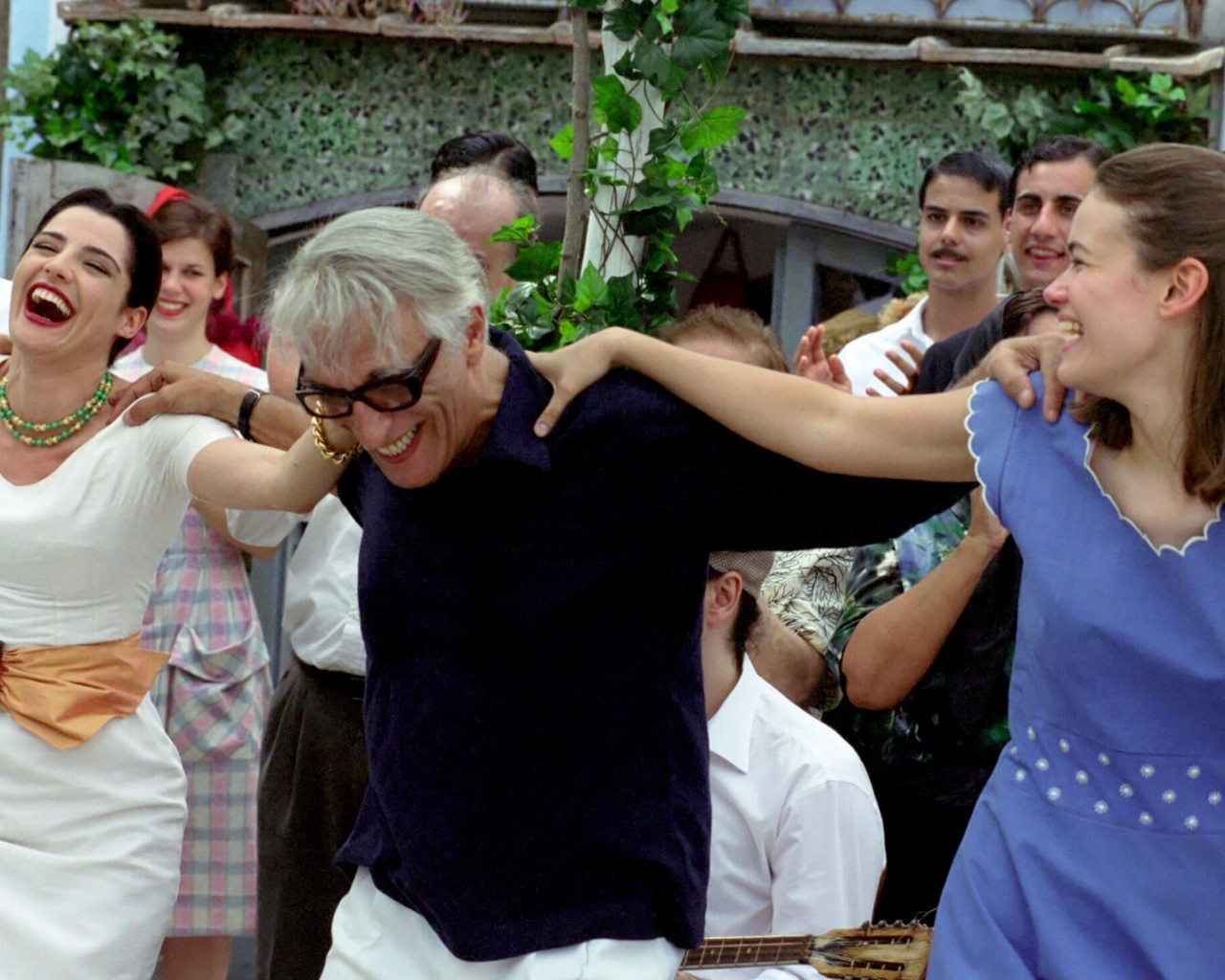 Aristotele Onassis and Maria Callas meet in 1957, when they are both at the peak of their runway rise to success. Callas has sacrificed to this success her most deepest needs as a woman, but now the “divina” celebrated by the whole world, is beginning to feel the need to reduce her professional commitments. For a long time now she has wanted a child. Maria’s husband, manager and mentor, Battista Meneghini, seems to be insensitive to his wife’s growing disquiet, totally engrossed in the financial management of her career.
Like Maria, ship-owner Aristotele Onassis is a Greek self-made man, accustomed to fighting to win, and desiring fame and success, and he initially sees in Maria Callas a precious object to add to his collection. But this is not to last very long… After their first encounter at the Opera in Paris, Onassis, married and father of two children, starts his pressing and relentless courtship, capable of touching Maria’s most intimate notes caused by the ghosts of her difficult youth.
Passion explodes during a much gossiped about cruise on Onassis’s yacht, the Christina. In the rarefied but at the time ruthless world of the jet set, Ari and Maria, united by their Greek origins and a past filled with poverty and fighting, discover they are fatally similar. In the end, Calla’s resistance is inevitably overcome by Onassis’ charm and above all by the strength of destiny that has chosen this man for her, and caused them to meet… All Maria can do is leave her husband and abandon herself to this new love.
With Onassis, Maria discovers love. She is ready to give her whole self and would like to go public immediately. But Ari is far more cautions, worried about ruining the delicate balance in his clan.

Maria’s happiness seems complete when she discovers she is pregnant: the child however dies at birth and this is a terrible blow for her. She believes it is divine punishment, but Ari manages to comfort her and helps her forget. From this moment onwards, Maria decides to concentrate exclusively on her relationship with Ari, the only thing that fills her existence, and she retires from the stage.
During the following years, far from the theatre, the “divina” allows herself to be transported by the pleasure of a simple and yet luxurious life, completely devoted to the man she loves.

She is always ready to wait for him, just like a wife, although they are not married. Onassis, incapable of living with a woman who does not guarantee him prestige and visibility, manages to persuade her to return to singing.

But while she returns to the stage, with varying results, Ari has already found another prey: Jacqueline Kennedy, the most famous widow in the world. Obliged to accept further compromise and increasingly degrading situations, Maria does not accept to play for the umpteenth time the role of a concubine, and she angrily breaks off her relationship with Ari.
When Onassis, a few days before his marriage to Jackie Kennedy, understands that he has lost the only love of his live, it is too late. Maria firmly refuses to save him from a marriage that is in fact a business deal. In the terrible pain of separation, Maria Callas at last finds herself own tragic greatness.