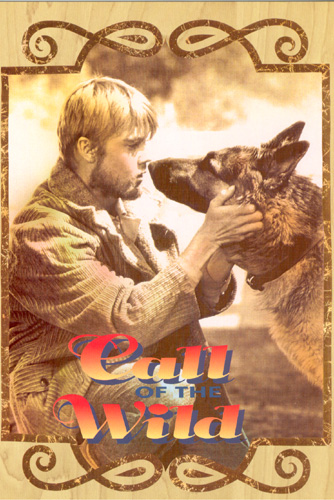 Call of the Wild

John Thornton, heir to a lumber business, decides to join the Alaskan Gold Rush, setting out with his best friend Buck, a dog. After slowly winning the proud and enigmatic Indian Charlie over as his guide, he is injured and remains alone for months, his isolation coming to an end when he sees Buck re-appear. Man and dog head for the border town where Charlie’s friend, Asa, explains the gold rush is a farce, but hints of a lost mine. When Asa dies, John is determined to track the mine down, eventually accumulating a fortune in gold. But having seen how wealth enslaved his father, he abandons it. The boy and his best friend must part again and so John sets Buck free, but returning he and Charlie are ambushed by Yeehat Indians. Buck picks up their scent, but is too late for John.
Buck kills the fleeing braves saving Charlie but remains to sit vigil on John’s grave. Alaskan tribes call him the “Ghost dog”.
He returns each fall; his howl is heard for miles around. The call of the wild or the cry of love!