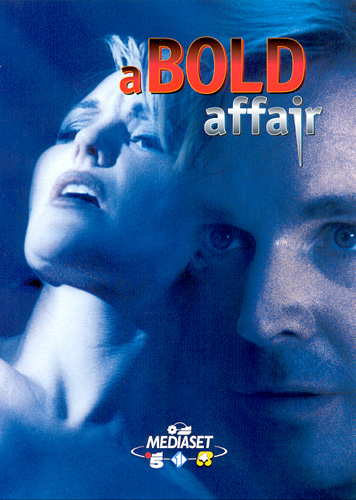 A Bold Affair is a fable for the Nineties. In the comfort of your own living room, you can now go all over the world and talk to all sorts of interesting people on the Internet. But there’s a flip side. The Internet also brings the world right into your living room. And the people you meet might be just a little more than interesting. They can be downright frightening. When Michael Anderson (Jeff Trachta, Thorne) meets the seemingly friendly Eva (Schae Harrison, Darla) on the Internet, he doesn’t realize that he is opening a dangerous can of worms. Michael’s wife Emily has become increasingly withdrawn since becoming pregnant, and Michael welcomes the chance to talk to a woman who actually listens to him. Michael sees this relationship as a harmless flirtation, but to Eva, it is an obsession. Eventually, Michael feels guilty and wants out of the relationship. He call it off. But Eva refuses to let go of Michael. When he doesn’t see things her way, she begins dismantling his life through the Internet. She hacks her way into his work. Ruins his finances. Destroys his marriage. Then she becomes deadly. But it’s not Michael’s own skin he has to worry about: Eva has set her sights on annihilating everything he holds dear. Including his unborn child. Michael has invited a stranger into his life. And now that stranger wants to destroy him.