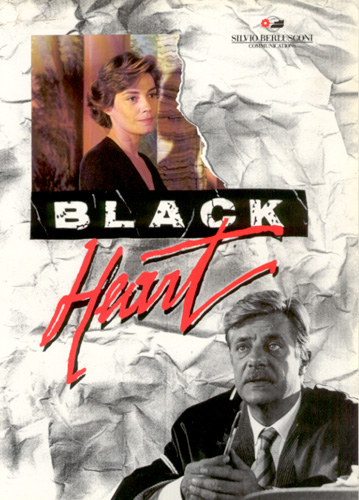 Valentino Bruio, is a lawyer who decides to defend the unprivileged in a Rome we have never seen before : the Rome of the black immigrants.
One night a black man , Ray approaches him, drunk and upset he tells him that he can not find his eight year old son, Barney. Later that night Ray is found dead near the railway station and Valentino decides to investigate on the murder.
He soon discovers that Ray worked as a gardener at Villa Alga Croce, the home of an influential family. Noè Alga Croce lives in the villa with his daughter Giovanna and her eight year old son, Nicky. Nicky remembers Barney because they used to play together , but Giovanna sustains that he has emigrated to Canada with his mother.
Valentino falls in love with Giovanna, despite the fact that she is engaged to a prominent surgeon. As the events follow, he discovers that she is not in love with the surgeon but she feels tremendously in dept with him because he saved Nicky’s life. On a hunch Valentino goes directly to the Alga Croce villa to find Nicky wearing a special halter that all heart transplanted patients have to wear.
The truth comes out :Barney was sold like a slave and shipped off to Switzerland where he was murdered , and his heart was used for the transplant to give Nicky a new life.
Valentino has a hard time to believe it, calls the police, leaving the Alga Croces to their fate.