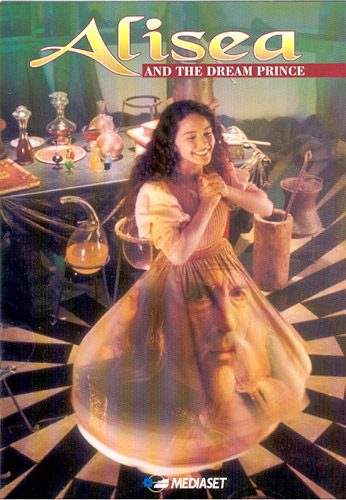 Alisea and the dream prince

Once upon a time, little Alisea and her five brothers were imprisoned by Azaret, an evil old sorcerer. One day the girl manages to escape from the castle and meets another child: Prince Demien, who is running away from his father, the terrible King Kurdok, who wanted him to be a warrior. The two fall in love and before destiny separates them again, a kind fairy promises them that they will always be together in their dreams... But the years pass, Demien becomes a brave soldier and Alisea is about to be forced to marry the old sorcerer. The girl escapes again but when they finally meet by chance, they don't recognize each other. Then Alisea meets King Kurdok, who leads her to believe that Demien has died. In the meantime Demien becomes bewitched by Azaret and departs to conquer the Kingdom of the New World in which Alisea is now living. Azaret's first order is to have young Alisea killed...