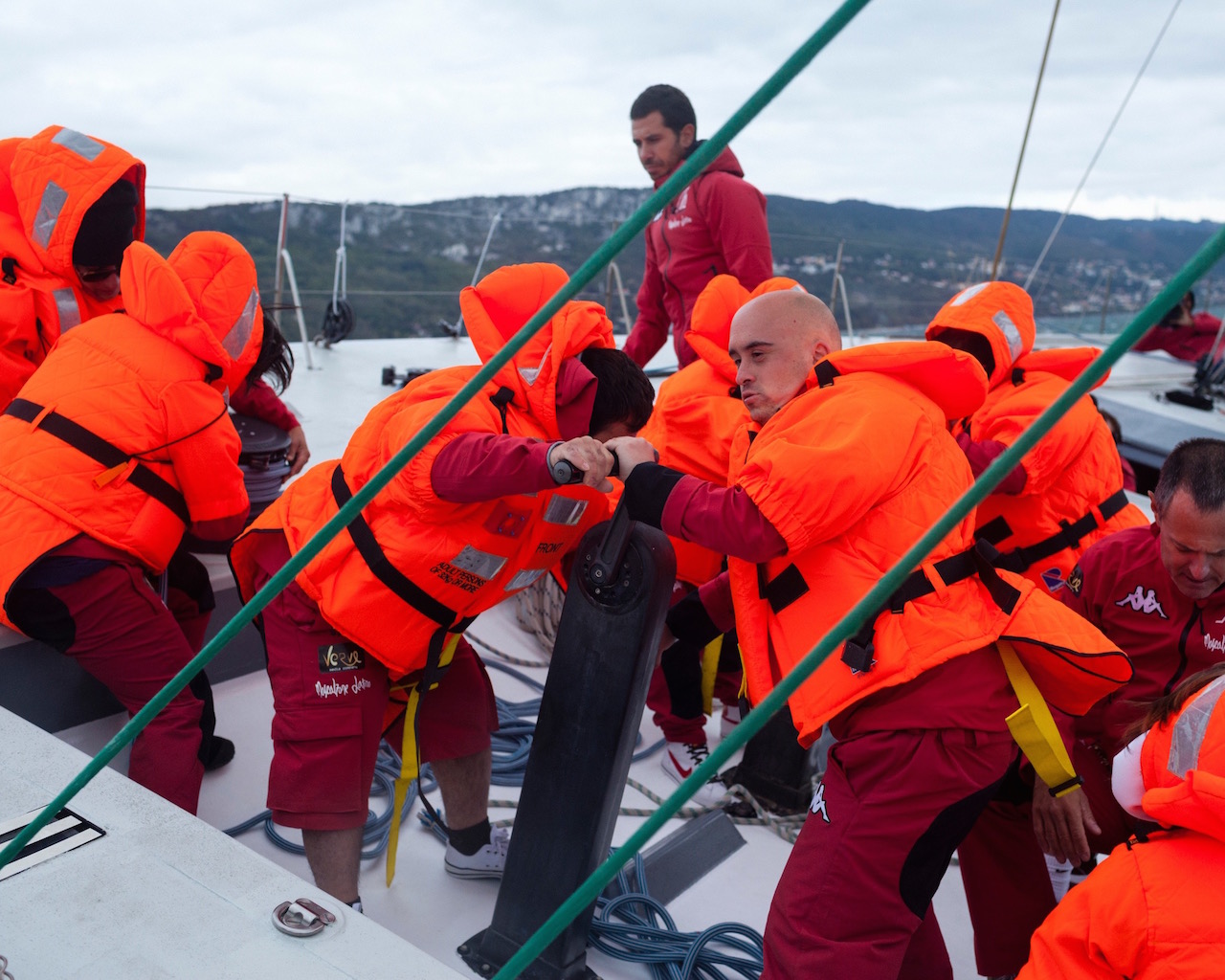 Riding the Wind is the story of an unforgettable encounter: the one between the sail boat La Poste and its crew. La Poste is the legendary 27-meter Maxi that participated to the Whitbread Cup in 1993. Almost 20 years later, it is back in the water to take part in the 2012 Barcolana, and it does so with a very special crew onboard: a passionate captain, his assistants, a few members of the Mascalzone Latino crew and 8 youngsters with Down syndrome.
Four men and four women with Down syndrome, aged between 20 and 30, have prepared for the big race for over a year, overcoming difficulties and uncertainties, and challenging their limits. They have done so to let La Poste live a second life and participate to the big competition in Trieste.
The docu-film tells the story of this year and a half, lived in the anticipation of taking part in a major competition. It is the story of a great team that have faced long hours of training, wait, defeats, joys and fatigue-a team that never gave up.
Riding the Wind is the true story of a challenge won with dedication and courage.