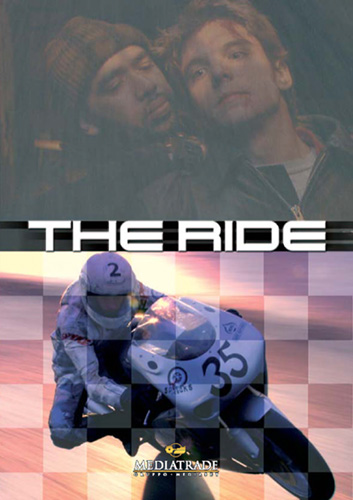 In a suburb of London, two best friends, Ralph and Ruben, who grew up hand in hand, who consider themselves blood brothers share one same passion: Motorcycles. Ruben grew up in a rich and comfortable family. His girlfriend, Savannah, loves him … and Ralph and vice-versa. On the other hand Ralph comes from a humble family, lost his mother years ago and struggles with a father sunk in alcohol and bets. He decides to get himself into clandestine bike races in order to help his father out and turn him to be the mechanic that he once new, but it won’t be easy, as he wins the race when he wasn’t supposed to …
Ruben stabs Ralph in the back as he lies to a talent recruiter present undercover at these races, saying it was him the one riding the winning bike, and takes his place under an offer to race for an official Super Bikes category team.
Ralph’s father make a huge effort and builds a motorbike so that his son will be able to race against Ruben. The bike is ready, he qualifies for the final race, but the world collapses upon Ralph as his bike is destroyed by his fathers creditors the night before the big day. A few hours before the race, Ruben is called by his conscience and speaks truth, convincing the team owner to lend Ralph a bike to race. Friends are in the same team again, about to take the same track, as always.