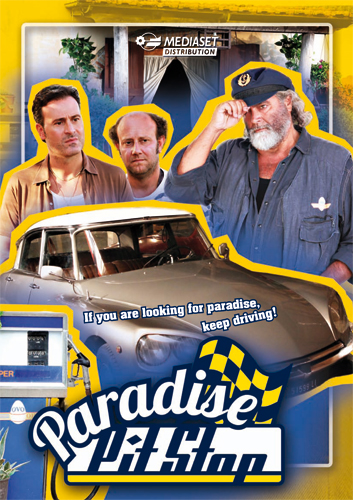 In the hills of Italy there’s a small gas station, sitting on a quiet and almost forgotten stretch of the motorway. The people who make up the community are in fact a miniature world, where everybody’s comings and goings are organised according to the rules of total anarchy.
Area Paradiso is stuck in time: it’s the world that moves and stops by. It’s a microcosm of different people who have worked together for many years and where everyone knows each other, standing each other’s qualities and flaws. However, peace will be abruptly interrupted by an unexpected letter which, like a stroke of lightning, will inform every employee of the serious economic crisis which might mean the closing down of Area Paradiso…