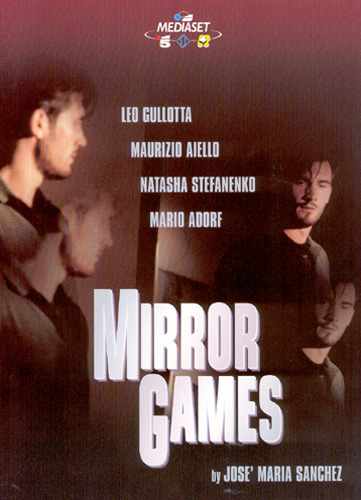 Professor Lorenzi,(Leo Gullotta) has a secret: he has reconstructed the face of a war criminal from former Yugoslavia using plastic surgery. Some refugees from the former Yugoslavia who are currently in Barcelona have recognized Drago (Mario Adorf) as being the criminal, but to prove it, they have to get hold of Professor Lorenzi’s records. During a medical congress in Barcelona, the Professor arranges to meet the refugees to hand over the evidence in the form of photographic slides. The Professor is then assassinated, but not before hiding the evidence in the congress papers of a young assistant doctor Dario Bellini (Maurizio Aiello).
By a series of coincidences, there are various episodes of mistaken identity between Lorenzi and Bellini. But when the doctor meets and falls in love with Anja (Natasha Stefanenko), one of the Yugoslavian refugees, he finds himself caught up in the middle of deadly game. In Barcelona, the young doctor turns from being an introverted scholar into a dedicated sleuth, in order to free Anja from her captors.
But Barcelona is full of people who are not what they seem, all hiding a secret identitiy : Emilio, the taxi driver (Ferdinando Guillen Cuervo), the mysterious Helguera (Burt Young), the eccentric millionaire Bennett (Joss Ackland), and even mister Vuotto who is a ventilator salesman (Fabio Grossi).
For young Dario, the time is short: he has only three days to save Anja, seek revenge for the death of Professor Lorenzi and finally to expose Drago, the criminal with a new face.