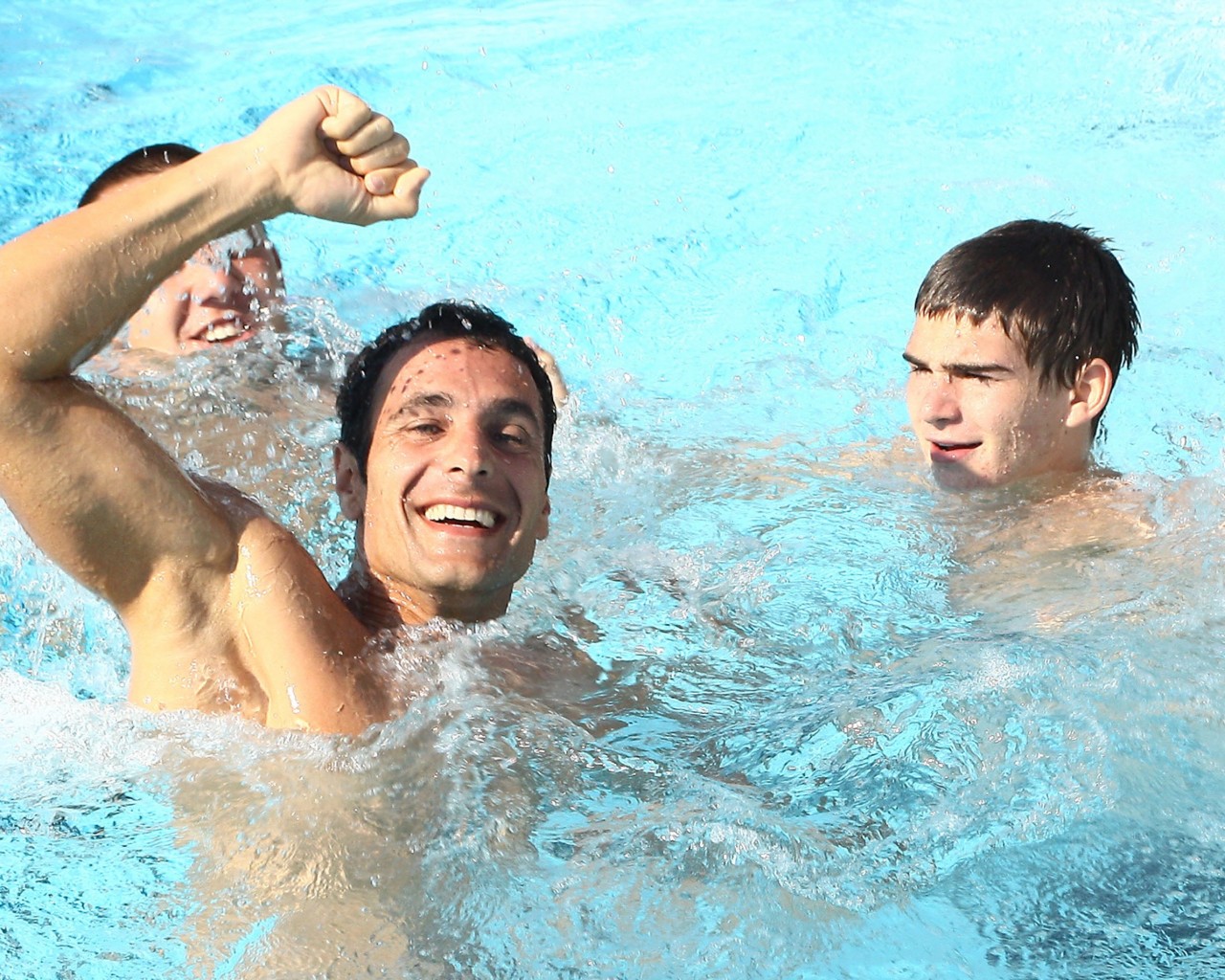 Alessandro is a champion swimmer, but a heart problem forces him to quit early. Thus he accepts Don Luca’s offer to stay with him in Sicily. Don Luca is a friend and runs a home for juvenile delinquents. He has organised a swimming project for them, Alessandro is the trainer. Transforming these boy, from disadvantaged backgrounds and responsible for a series of crimes, into athletes sounds like an impossible undertaking; one which is further threatened by the mafia who have been wanting to settle a score with Don Luca for some time.
Don Luca is arrested and there is an attack at the swimming pool, Alessandro takes the boys to train to the island of his birth: Alicudi. His goal is to have them participate in the Italian Championships. Swimming in the open sea miraculously matures the boys, both physically and emotionally. On the eve of the competition, Nico discovers that the mafia is planning to kill Don Luca and the boy is injured as he attempts to warn him. How will the boys be able to take part in the relay without Nico? Alessandro will take his place, and put in the most amazing performance of his career.