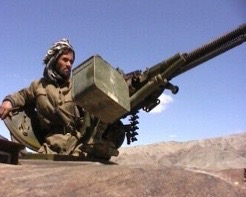 A few days before the war started in Iraq in 2003, a crew was there filming the daily life and stories of the Iraqi people. The same crew went back a year later when the war "officially" ended. These are everyday stories of common people: shop owners in Baghdad, shepherds in the rural contaminated area, children playing football in the streets of Baghdad, doctors who struggle to continue working in devastated pediatric wards. A young film director who starts shooting a neo-realist film in the streets of Baghdad.