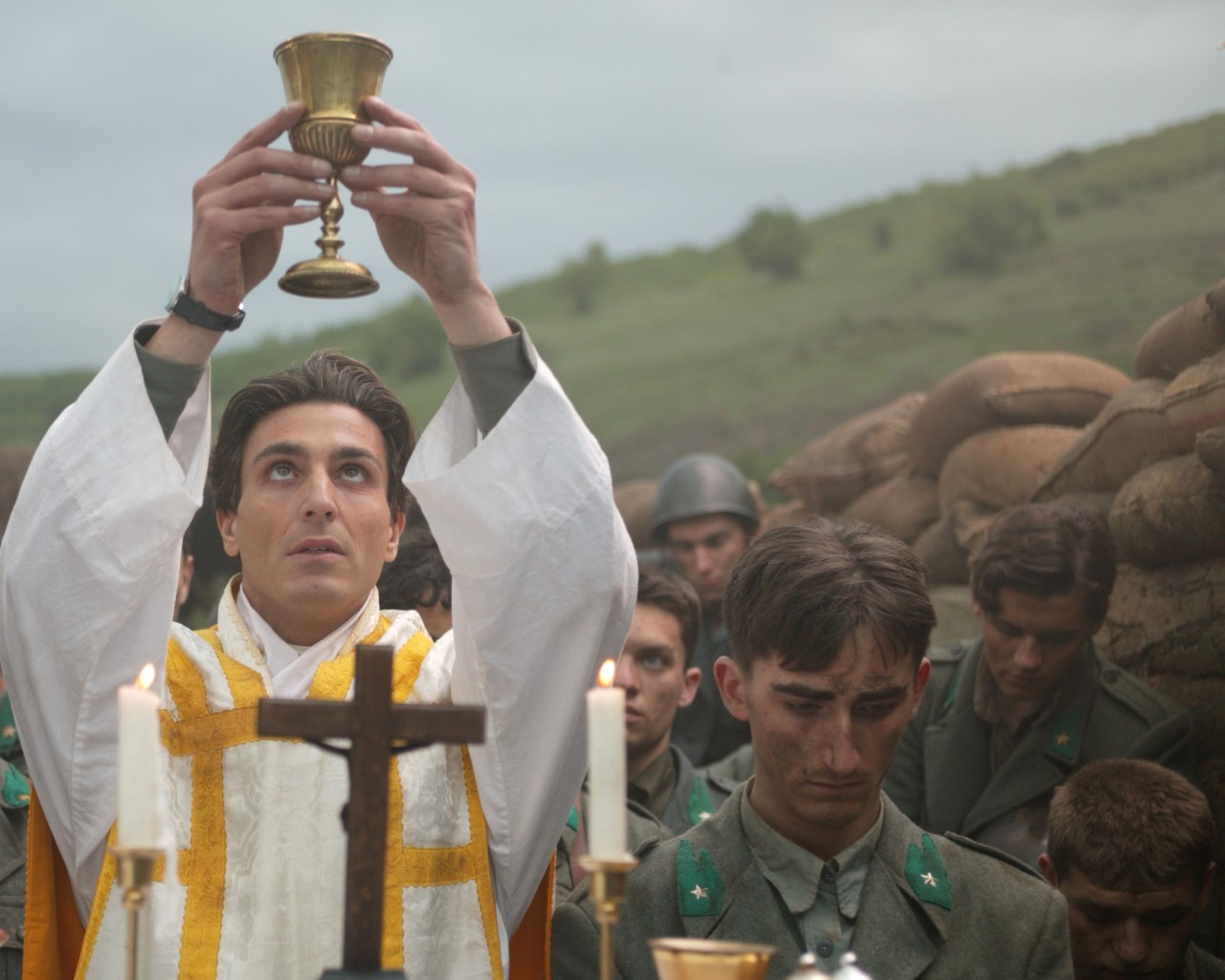 Don Carlo Gnocchi, teaches at the Gonzaga Institute. After discussing with Baldacci, whom is a symbol of the fragility of the fascist powers, and after convincing Cardinal Schuster, they allow Don Gnocchi to leave for the Albanian war as a military chaplain. During this time he befriends a
man nicknamed, “Margherita.”
Don Gnocchi returns to Milan to convince his students not to follow his example. Unfortunately, his students have already enlisted, including Matteo and Francesco.
Don Gnocchi accompanies his students to Russia, in 1942, to protect them with his prayers.Francesco and Matteo are two
opposite characters that are nonetheless bound in a close friendship, despite the fact that they are both in love with Sara.
Sara works in a hospital where Luigi is recovered from an illness that has caused him to become nearly blind. Her heart is
won-over by Matteo. Their romance is quickly halted, and takes a turn of events, when Matteo leaves for the war.
This war is more challenging than the previous one. Don Gnocchi must deal with the deaths of many friends. His dream is to create a foundation for children that are
victims of war. Francesco, Sara and Cardinal Montini help him, and in 1948, Pope Pius XII recognizes Don Gnocchi for his accomplishments.
Before his death, his corneas are transplanted into Luigi.
Matteo continues to carry out the mission of the foundation after he passes away in 1956.