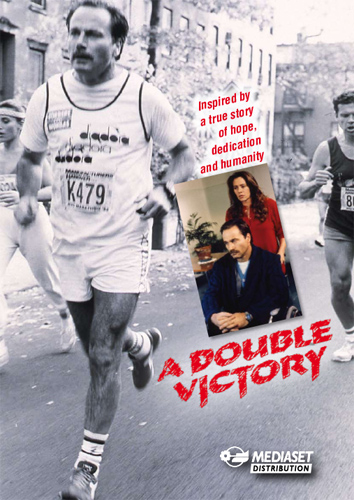 Destiny has decided that the fates of Franco and Saverio will be closely linked. The railway worker, Saverio, ignores the warning pains in his chest and takes on more commitments – a mortage for a house and lots of work. It is too much for him and after further heart attacks is rushed to the hospital in need of a transplant, but there is no sign of a donor.
Franco is training as a runner: his dream is to run in the New York marathon but is involved in a car accident: there is no hope for him, he is already clinically dead. The doctors manage to convince Franco’s parents to donate his heart and Saverio now has a chance to live. After the operation Saverio goes to visit Franco’s parents and it is then that he decides to run for Franco’s dream. The task seems impossible, but with Franco’s heart and his determination he comes over the finishing line of the New York marathon. It is a double victory, for him and Franco’s dream.