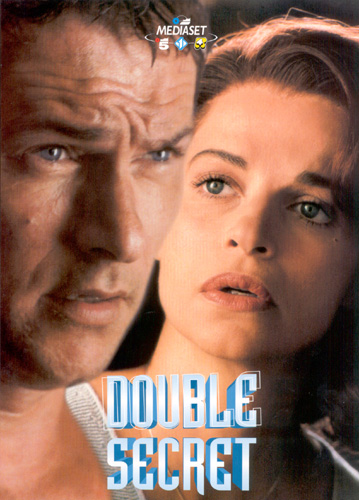 A woman informs the Paris police that a crime is about to be committed. Ispector Antoine Dary wants to speak to her, but she is found dead with a knife in her back under a bridge over the Seine. She is holding the torn photo of two famous Italian singers, the Manara sisters, identical twins who were once famous but then disappeared from the music scene. Inspector Dary begins to look into the lives of the two sisters and becomes convinced that the murderer is threatening Maria Manara, who has given up her career and is now the widow of an extremely wealthy businessman. Maria receives threats and anonymous letters and is saved from attempted murder by the inspector. Unfortunately Dary’s fears are well grounded. While flying to join her sister in Italy, Maria Manara’s private plane crashes in the mountains. Her sister Caterina is absolutely convinced that Maria is still alive and decides to go to the site of the disaster. The main characters of the story find themselves together in an old hotel in the mountains, and while a mysterious murderer eliminates one by one the witnesses of a past that is to be kept secret, Inspector Antoine Dary unravels a truly unpredictable plot.