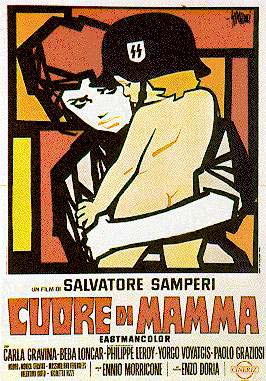 Lorenza Garroni, separated from her husband, has three restless children. She lives listlessly and ends up in a strange relationship with her brother-in-law. In the meantime her eldest son, somewhat disturbed, kills the youngest son, tortures the housekeeper and eventually kills his little sister. Meanwhile Lorenza has joined an active group of objectors, who by means of violence want to rouse the proletariat from its lethargy. Her son now tries to frame his mother for the death of his brother and sister. But this time the mother reacts, causing her son’s death. At this point Lorenza starts to prepare explosives for her cause and with satisfaction blows up the factory of her bourgeois husband.