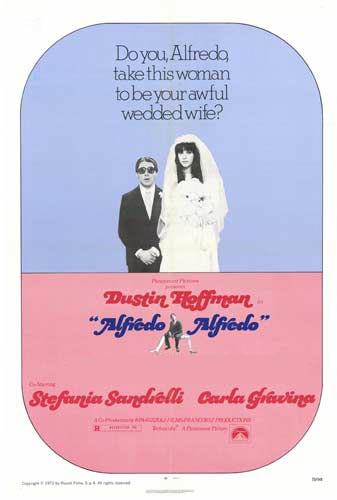 Alfredo, a shy bank clerk is in love with a pretty pharmacist, Mariarosa. Thanks to the initiative of a friend, he manages to get engaged to and then marry her. But Mariarosa is pathologically jealous and Alfredo soon loses his friend, father and his freedom. Because she wants a child, he is obliged to perform incessantly and when she becomes pregnant, Alfredo is sent to sleep in the cellar, but at least he regains his freedom. He meets Carolina, sweet and willing to love him without ties and they become lovers, but when Mariarosa’s pregnancy emerges as just hysteria, he is faced with the prospect of his original hell. He becomes a supporter of the divorce cause, and when this is successful he legally dissolves his marriage, once again a free man. But Carolina rashly urged to marry him makes her intentions known: Alfredo once again finds himself back at the start.