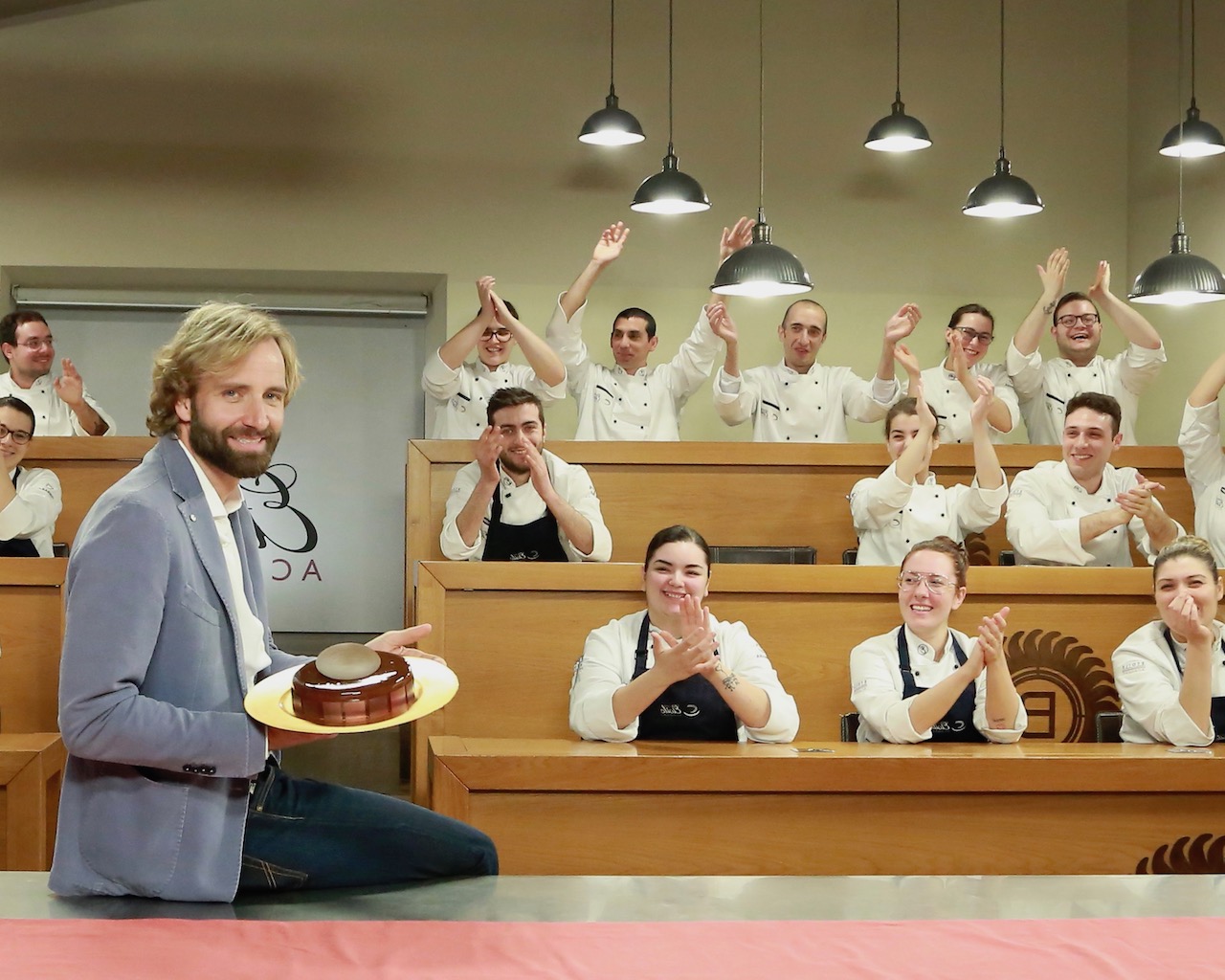 The new talent show dedicated to desserts hosted by swimming champion Massimiliano Rosolino.
A few weeks from graduating with their much sought-after diploma, seven students from Rossano Boscolo’s Campus Etoile Academy will compete for a job contract.
While by day the students attend the course, which is training them to become professional pastry chefs, by night, the challenge hots up: two of the students – one of whom is elected by themselves and one who is chosen by the 3 teacher protagonists of the show, go head to head in the creation of a master cake, that is, a dessert designed to test the skills they have acquired.
All this will take place in separate kitchens, after the contestants are woken by surprise in the middle of the night and without knowing who they will be competing against. And that’s not all: none of the students – or even the teachers – knows who is competing, or when, or with whom. Only the host and the audience know everything. In fact, the desserts are tasted after the “Rooster Song” and tasted “blindly” (ie without knowing who made them) by the teachers. The score, which only Rosolino and the audience knows, will end up on a leaderboard that will be revealed to the contestants on the day when they are presented with their diplomas, and when all will return to being out in the light of day.